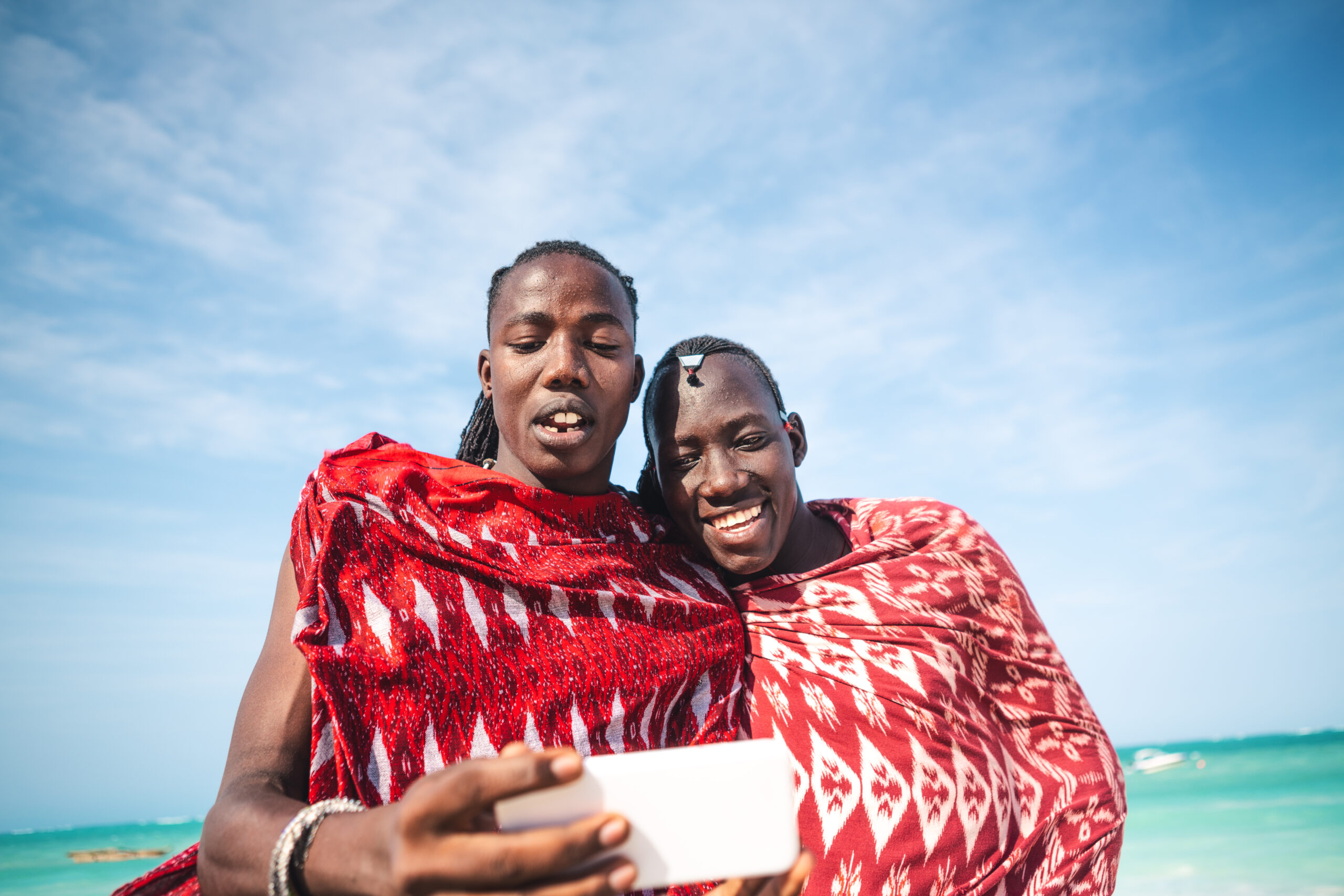 “IS THE GREAT COMMISSION ONLY FOR THE LITERATE?”

21,000 people die of starvation every day. Spiritual starvation is equally egregious. Every day 5,408 people die without access to even one verse of the Bible in their own language! The consequences of this spiritual poverty are tragic: darkness ravages whole communities – demons oppress, families disintegrate, warlords tyrannize, sex traffickers and addictions enslave. Precious people cry out for the solutions only God’s Word provides.

We won’t tolerate this any longer. There are 3,945 people groups in the world who are Bible-less. In the next four years, we are determined to solve the problem of spiritual starvation for 300 of those languages where New Generations is already initiating Disciple Making Movements (DMM -100 churches planted with four generations of multiplication). We have set out to train and equip 100 teams of nationals to record Audio Scripture Sets & Songs in their heart languages and local musical styles. People can then feast on God’s nourishment for the first time in forms they can understand and digest.

How can these oral peoples call on God unless they hear? How can they hear unless someone goes to them and records His Word in their language? How can 100 teams record if they are not trained? How can they be trained if no one is sent to do it? You can be a part of ending Scripture poverty for 300 oral language groups by joining in sending teams of nationals to provide the Spiritual bread of life. “How lovely are the feet of him who brings good news!”

Our goal is to launch the development of 4 Audio Scripture Sets & Songs for 300 languages by the end of 2024 (one set is 20–25 crucial Bible passages averaging 22 verses each). The people groups we have selected include some of the most challenging and Gospel-resistant populations in the world.

A network of leaders will drive these results in 6 regions and 31 countries:

Help Us Meet this Incredible Need!

How you can help? Individually, the magnitude of the problem is overwhelming. But together, it’s manageable.

Through the production of Audio Scripture Sets & Songs, we have the opportunity to accelerate Disciple Making Movement initiatives from their status of Pioneer, Mid-way, and Tipping Point levels into Movement stage (see engagement chart below). This can happen because Audio Scripture Sets & Songs empower countless non-literate Christ followers to start Discovery Groups, increasing the Disciple Making Movement workforce. It reinforces Disciple Making Movement DNA generationally with Discovery Bible Study questions included after the audio Bible passages. It makes it possible to do discipling work in the mother tongue in which people make important life decisions. Through a pilot project in Francophone West Africa, we have seen that creating these indigenous language Audio Scripture Sets & Songs is not only doable, but essential in accomplishing our mission of moving 300 of our most Gospel-resistant language groups to Movement status.

We believe the only way to fulfill the Great Commission is to reach beyond the limitations of paid professionals and empower ordinary disciples to make disciples, multiplying through their spheres of influence. New Generations celebrates that, by God’s grace, 129 of our 601 people group engagements have already reached the Movement status (100 churches planted with four generations of multiplication). However, the “business as usual” approach will not introduce God’s Kingdom to remaining 472 people groups in an acceptable amount of time. We are compelled to act.

When we ask ourselves, “How can we empower the ordinary disciples, among the least-reached people groups of the world, to make disciples and plant churches?” We conclude that we need to expand the traditional approach from training professionals to empowering all disciples to make disciples. This approach is challenging when most people in these groups are oral preferred communicators, and vast numbers of them are illiterate. Even if they happen to be literate, their literacy is often only in a trade language.

Developing disciple-makers and planting churches depends on God’s Word. In the words of our Francophone Central Africa leader, “There is a direct correlation between a people group being ‘Bible-less’ and being unreached.” Launching Audio Scripture Sets & Songs will give 300 oral people groups access to the Bible in their mother tongue for the very first time!

Traditional methods of printed Bible translations require multiple years and hundreds of thousands of dollars to produce the first few selected books of the Bible. Even when Scripture is translated and published in the language of an unreached people group, it often remains inaccessible because of the lack of mother tongue literacy (commonly less than 10%).

To accelerate the Great Commission’s completion, we need ORAL translations of Scripture produced in a timely and cost-effective way. New Generations has recently pioneered such an approach in partnership with Peter Hissa (pseudonym) MDiv., Ph.D. in Ethnomusicology. Peter and his wife Rose serve with Reach Global, the mission arm of the Evangelical Free Church of America (EFCA). Together, we have empowered national, church-based teams to quickly and accurately produce audio translations of “Creation to Christ” Bible passages in 20 languages. We have found these key stories, which give an overview of God’s plan of redemption, can be accurately and orally translated, recorded, edited, and duplicated in a week. There are some languages having portions of printed Scripture so we will also record their translations into Audio format. For the majority who have no Scripture whatsoever, we use local believers, skilled in both their trade and tribal languages, to create audio Scripture sets for their fellow mother-tongue speakers.

We propose to roll out this new approach in six New Generations’ regions to accelerate the multiplication of disciples and churches among 300 of the world’s least-reached people groups by solidly rooting them in God’s Word. We intend to catalyze these ongoing “need-to-have” sets of audio Scriptures and provide audio players with which to listen to them. Over the next four years, we can supply each language with four sets of Scripture passages in this way, for $5,000 per people group.

A leader in movement initiatives in Francophone West Africa reports:

“Using traditional models of evangelism, our African church planters saw mediocre results towards multiplying churches. When we introduced the Disciple Making Movement approach, our results improved dramatically. However, we still encountered significant roadblocks when it came to communicating God’s Word. So many of the unreached populations are heavily illiterate. We quickly realized that our efforts to replicate generations of churches would be much more effective if only these people had Scripture in audio form.”

“In a pilot project led by the Hissas, to record and use audio sets of ‘Creation to Christ’ Bible passages, we saw astounding results! With this new tool, FOUR GENERATIONS of replicating Discovery Groups occurred in 3 short months, from March to May of 2018. This was unprecedented and was done through people introducing the Bible to Muslim neighbors using their very first audio Scriptures in their language.”

“In order to make this sustainable, we asked Dr. and Mrs. Hissa to train five of our church planters how to record and produce audio Bible story sets. In 2019, our own newly-trained audio technicians recorded 24 ‘Creation to Christ’ passages for three languages in our Francophone West Africa (FWA) Region.** Even more significantly, they went on to independently produce a new set of 16 Scripture passages from the book Acts for one of our languages who requested these passages in order to discover what God had to say to them about how to be the church.”

In addition to Scripture sets, we’ve discovered great value in recording songs. Most oral language communities share their most important values through songs. With his degree in ethnomusicology, Dr. Hissa has led Scripture-based, local-style song creation workshops among 19 people groups since 2000. He leads the process of catalyzing new songs by guiding locals through a series of activities and questions that allow them to discover their poetry and music’s unique characteristics. Discovery Bible Studies then provide the Scripture-based song content. Throughout a 3-day workshop, a group creates up to 10 new Scripture-based songs in their local style.

Adding this facet to address Scripture poverty, the Hissas worked with five of New Generations’ oral people groups in Sierra Leone and Kenya from November 2019 – February 2020. These groups recorded 24 Bible passages each and created Scripture-based indigenous-sounding songs. As a result, one of them had their first indigenous Scripture-based Song Fest for their tribe, lasting three straight days in December 2020.

In partnership with the Hissas, New Generations intends to train teams of nationals to replicate this success. One hundred pairs of technicians, led by 25 cluster coaches, will work with 300 oral language communities to create their own audio Scripture and songs to start thousands of new and replicating churches. The project also provides listening devices so people can hear the Scripture Sets and Songs in new Discovery Groups and Churches.

Thank you for considering partnering with New Generations and Reach Global for this Kingdom initiative to empower ordinary disciples with Audio Scripture Sets & Songs and reach their unengaged and unreached people groups through Disciple Making Movements.

** We would be happy to share the names verbally if requested.

At New Generations, honoring a donor’s intent is a high value. In rare cases where donations exceed what is needed, circumstances change, or local conditions prevent program implementation, New Generations will redirect funds to a similar need, to reflect the donor’s intent, as much as possible.