The Birth of a Church Planting Movement 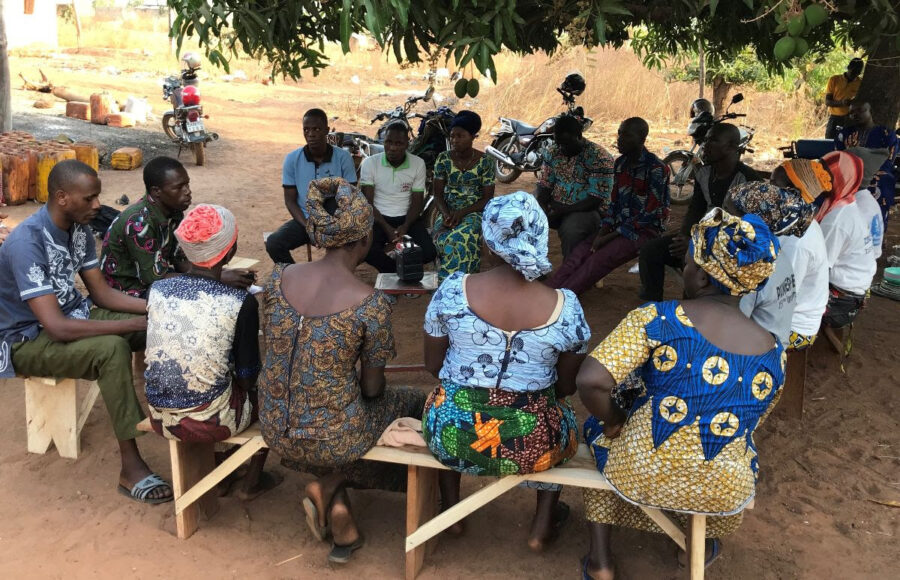 Younoussa Djao is the Field Team Leader for New Generations, which means he is responsible for all of our Disciple-Making Movement (DMM) activities in 55 countries. Younoussa’s tribal heritage is Fulani. As a young man, he was very proud of how the Fulani brought and spread Islam throughout West Africa. His goal in life was to finish the job by making Africa the first Islamic continent. But when Younoussa became a follower of Jesus, his goal became to see the Kingdom of God rooted and reproducing throughout all of Africa with the Fulani at the forefront of making it happen!

Recently, while Younoussa was staying in our home, he shared a story of how God is using movements to make things happen that have never happened before. Here is the story of the work of God among the Malinke, to the glory of God.

When I was first exposed to DMM principles, I didn’t think they would work. But surprisingly, when we put them into practice, good things began happening. I was encouraged, but not convinced, so I decided to try them among the Malinke people.

Why the Malinke? The Malinke are one of the largest and most difficult Muslim people groups in Sub-Saharan Africa. For 30 years, missionaries have labored to bring the Gospel to the Malinke in the Northern Ivory Coast where I live, but with very little success. In 2003, we conducted a survey to see if we could find any Malinke Christians. We found only seven. Four of them were in the USA,  three had moved to other places, and only one was in the Ivory Coast. I felt if DMM could work among them, then I was sure it could work anywhere.

Before attempting to launch DMM among the Malinke, I spent a week explaining the principles to Lazzar, the pioneer church planter whom we had selected for this mission. I told him to try DMM for three months and if it worked, okay.  If not, then forget it.

One of the first things Lazzar did was to set up a team of a prayer warriors who would commit to pray daily. I had set a minimum requirement of 20 prayer partners.

But sadly, after three months there were no new disciples, Discovery Bible Studies, or churches; So, I told Lazzar that DMM would not work among the Malinke and that we should quit.

Surprisingly, Lazzar said, “No. We should continue. Even though we have not seen a breakthrough, we are seeing progress. I used to go into communities to preach or hand out tracts. But I have changed my approach. Now I try to find a way to be a blessing. I meet people’s needs, help with their work on the farm or try to serve them. Recently, I carried a sick Malinke on my motorcycle to the health center and brought him back home again. This kind of care is changing the way people look at me, so I want to continue.”

We agreed to try DMM for another three months. Praise to God, for Lazzar started three new churches in three separate villages! In a few more months, five new churches were added! I was amazed, but still skeptical, so I asked a friend, who is the director of a mission organization, to check to see if it was true. When he returned, he told me that what God was doing was even bigger and better than Lazzar had reported!

I was rejoicing. But DMM is about disciples and churches reproducing, so I told Lazzar to stop acting as the church planter and start training and coaching the new disciples in the new churches to start repeating the process in their natural networks. This was very hard for Lazzar because he was used to being the one launching, not helping others to do it. So, when he went back, he planted two more churches.

Of course, I was happy about the new churches, but I told him firmly he must practice the DMM principles if we were ever going to see disciples making disciples and churches planting churches. His job was to train and coach!

Before the year was finished, some of the churches successfully planted new churches. Everyone was excited to see the second generation emerge, because this was the breakthrough we had been waiting for! More trainers and coaches were raised up, and the multiplication kept going. Where once there was only one Believer, now, by God’s grace, there is a true movement among the Malinke with over 100 hundred churches and seven generations of multiplication!

But the story is not over. Malinke Believers have been following family ties back into the country of Guinea. They share the stories they have learned, start Discovery Bible Studies, and help launch new churches. There are now five new churches in Guinea, catalyzed by Malinke Christians from the Ivory Coast. I am now convinced, the DMM principles will work anywhere.

I am convinced as well. Thanks so much for being part of making these things possible. What a privilege to partner with God!