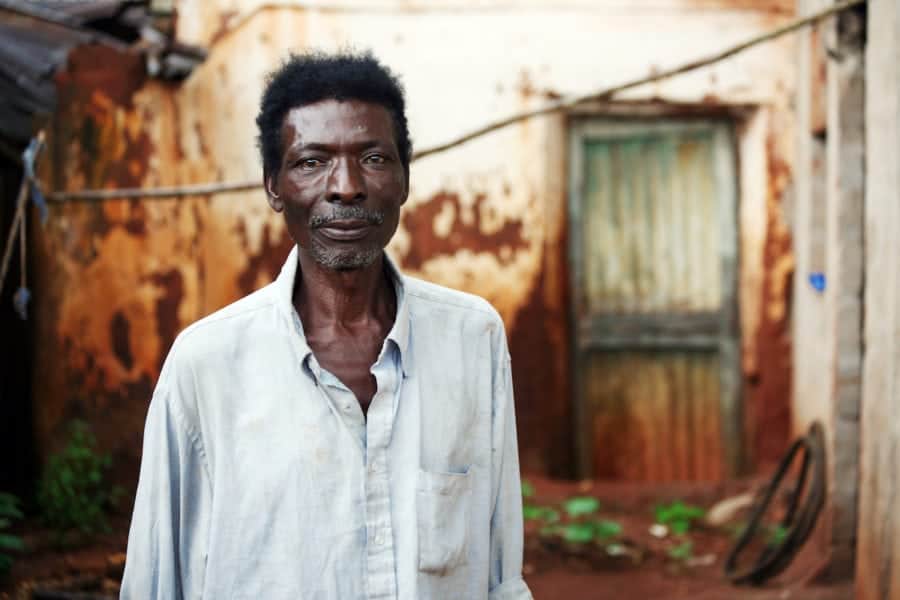 It was Monday, just after lunch, the first of five days of a Disciple Making Movement training in a major African city. Thomas surveyed the other seminar participants. He wondered why more people weren’t as upset as he was. Most of these folks were his good friends and colleagues. They were clever enough people, for certain. But they just kept taking notes while this “expert” who was speaking revealed one nonsensical idea after another, often followed by an even more confounding strategy.

He had never heard so many backward or strange ideas in his whole life. What was he thinking when he agreed to come? He had much better things to do than listen to this guy named David Watson. This was just one more in a long line of Western evangelism “experts” telling Africans how to be more effective in Africa.

It was true that David knew something about India and Southeast Asia, and he had some interesting stories of what Indian Christians were doing. Thomas would give him that. But this was Africa, home turf for Islam and African traditional religions, not Hinduism. Africa is the place that Western ministry theories go to die a horrible death.

Thomas had a bachelor’s and master’s degree in biblical theology, a large ministry team, and a measure of success in church planting. He figured that he had earned some right to object. If he was indeed stuck here, he might as well make the best of a bad situation and take on David. It was time to bring some sanity to the week. Thomas knew he could do that. It was almost his responsibility, in fact. So, he decided to take notes and use them to push back hard on the American every time he felt David did not make sense.

Which, as it turned out, was pretty much the rest of Monday and the following four days. And that is how Thomas spent those days. He contested every one of David’s points and resisted every answer. When the Bible seemed to support David’s claims, Thomas still found other good reasons to discount the conclusions. By midweek, a few other participants were also beginning to resist David’s training. During the breaks and in the evenings after class, Thomas encouraged his colleagues not to take seriously the things they were hearing.

The final days of the seminar were a heavyweight fight between two very committed men. Very few people would take on David Watson’s ability to point every question back to the Bible for answers. Nor would they dispute the remarkable outcomes in his long years of missionary service, to say nothing of his life-long disciplines of prayer and Bible study.

But David had never met someone with Thomas’ bulldog tenacity in defending the ways he had always done ministry, never giving any ground. Mercifully, Friday finally came, the training was over. David headed to the airport to begin a long journey home, exhausted and disheartened from the ordeal. He was sure that this had been the biggest waste of a week in his life.

What David had forgotten, however, was that, in the final session of the seminar, the organizer had passed around a sheet of paper and asked people to sign it. It was simple enough. It was just a commitment sheet that said: “I commit to obey what I have learned this week from the Bible about making disciples and planting churches, and to share it with the people I influence.” The participants had signed the papers and taken them home when they were done. David had thought no more about it.

Thomas, too, had forgotten that piece of paper. After the seminar, he had gone back to his fairly successful ministry to work on his remarkable goal of seeing a church planted in every village and community in his country. He had completely forgotten about the Disciple Making Movement training. That is, however, until one day, when he was clearing his desk and he spotted his commitment sheet from the seminar. He didn’t remember signing it. He had not meant to sign it. Of that he was certain. But there was the document with his signature at the bottom.

Thomas felt no remorse about having ruined David’s week during the seminar. But he was still a man of high principles. The commitment sheet was staring him in the face. He knew that, if he had made a promise to God, then he had to keep it. So, he called a few of his church planters and decided to let his team at least look at the biblical principles taught during the Disciple Making Movement training. They could at least discuss whether these principles might help them to be more effective in the field.

When his team gave him feedback, Thomas was surprised to find that the principles from David’s seminar were actually well received. In fact, they seemed fairly upbeat and encouraged about this material. Thomas realized that perhaps he ought to give it a test. Despite his prior reservations, Thomas trained his team in the very principles he had once rejected. Then he redeployed them in three regions to implement what they learned.

Three months later, the organizer of the training seminar sent out an e-mail to everyone who attended David’s seminar, inquiring how their projects were going. Thomas had no idea what was happening with the team he trained. So, he called those church planters to get a report.

He was stunned by the results. In three months, they had planted more than fifteen new churches with 450 new believers! They had never dreamed of such outcomes. It used to take them more than a year to start one new church in these regions. Thomas was turning from a militant skeptic to a proponent. He decided to maintain the church planters in these test regions and implement David’s training with another team in a different region.

Six months passed when Thomas was invited to attend a regional gathering of leaders who were beginning to have success with Disciple Making Movements. David Watson was also invited to attend. When approached at the meeting asking if he would be willing to speak with one of the leaders, David willingly followed the man across the room…until he saw they were walking straight to Thomas.

“Oh no!” he cried inwardly. “Please, not him!” But Thomas had come prepared with a “please forgive me” speech that stunned David, along with some news for him. “I may have been a big problem for you, but you were right. In these months, my teams have planted 120 new churches. I never dreamed that this was possible.”

Today, David and Thomas are good friends and colleagues. Thomas’ teams have planted hundreds of churches in their own country and in surrounding countries. Among these are 150 churches consisting of two 100 percent Muslim people groups where the gospel had never penetrated before.

This is an adaptation from the book Miraculous Movements. If you would like to read more stories’ like Thomas and David’s, visit our resources page to purchase a copy.