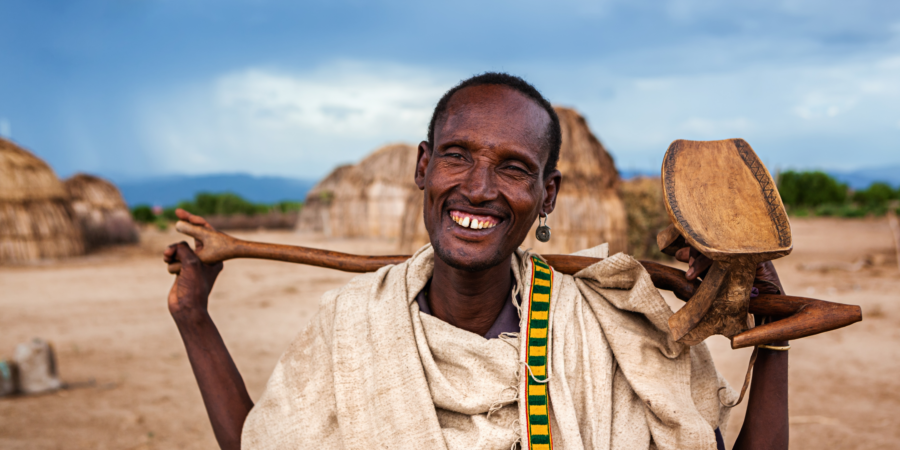 I am a victim of parental division of faith. As I grew up, my problem deepened. My father was a Muslim, and my mother was a Christian. If two are happily married and logically united in God, why are they in two different religious denominations? Why can’t they be one? Their marriage was a sham, I was bitterly concluded.

For if two people sincerely love one another, they must not only be united in getting married on earth, but in being united in God in one faith. So, with my father being a Muslim and my mother being a Christian, I had my first experience in a broken home, where we the children were left without religious morality and guidance to follow the right path by conviction but not on the basis of the most dominant parent that has sway over you.

My dad was my father. Head of the house and the authoritarian dictator. His ways were the policies of the home. So, I always wondered how he allowed my mother to take to Christianity while he was a dogmatic Muslim. I was confused. As I grew up, I studied the two people – my parents. How can these two people pose to love themselves in being together in marriage with children and be so apart in faith in God?

My father always screamed that the Prophet Mohammad is the key to Allah, and mother always shouted back that Jesus is the key to salvation. Jesus or Mohammad? Who was the answer to my salvation? I grew up confused, not knowing what was good or right for me. The two faiths of my mom and dad were so different that I wondered how they had managed to overcome their differences to get married while so distinctively different in faith.

As I matured, I became very confused and worried. What do people love and marry for? What is the place of God in marriage? Can two people coming from two different religions claim to be genuinely married when they belong to two different religions? Where is God? Why can people abandon the role and place of God in marriage and feel so comfortable in the marriage whilst they trust two faiths – Christianity and Islam?

I was confused as it dawned on me that my father is my father and my mother is my mother. Which way do I go? My father was draconian, taking faith not by conviction, but by the lashes of the cane on the skin. My elder brother always argued that if he could not force mother, why could he force us? His answer always was “we are his properties.”

One day, mother called me and told me that, unlike my father, she was not forcing me to become a Christian, but she was asking only a favor from me. I answered, “Mom, ask anything, and I will do it for you.” She requested that I read the Bible and promised that after my reading, we would talk. She advised not to go in haste and gave me a whole year to go through this exercise. I promised not to fail her.

All this time, father was brutally forcing us to attend the five daily prayers with him. When I finished the Book of Revelation, my soul was set free. I was happy because I now knew what to live for, to work for and who to worship. Jesus Christ became my God, my Savior, my friend, and my everything that is joyful in God consciousness on Earth.

I began going to Church. Now I am baptized, and a fervent Christian. With the Scripture SD card, I know God more by understanding the Bible well.

If you’d like to contribute financially to Ending Scripture Poverty, you can give here: https://newgenerations.org/ending-scripture-poverty/

Previous PostEvaluation and Maintenance
Next PostA Culture of Discipline