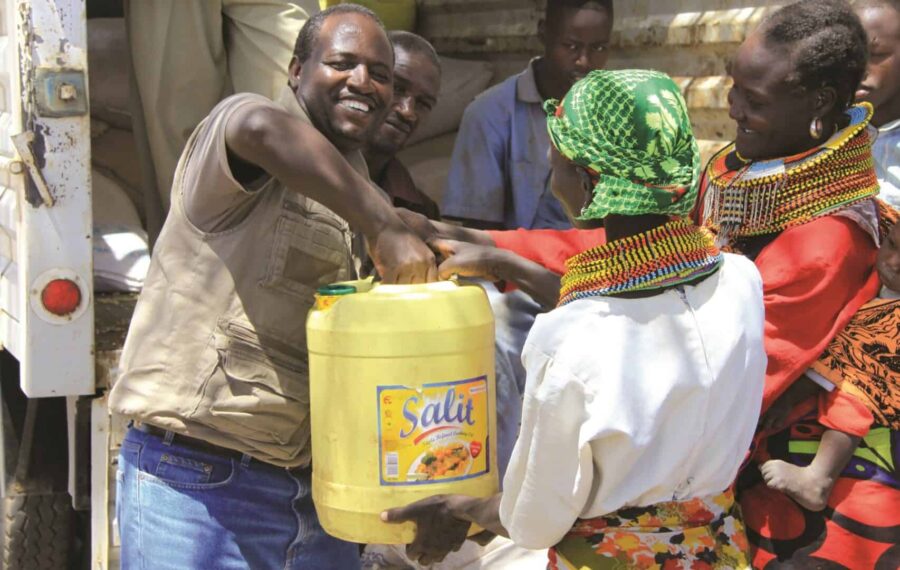 As we celebrate our third year as New Generations, we’ve been reflecting on our experience of God’s goodness and faithfulness. We’d like to share a story that exemplifies the power of God at work. We believe He’s still on the move, and these kinds of stories compel us forward in this Kingdom work.

In a season of devastating droughts and death throughout the land of an East African people group, one prayer sparked what would become an amazing transformation in several Eastern African tribes. Today, we are thrilled to track growing numbers of multiplication in the Church from this area. It all began with one disciple maker, one prayer, one act of compassion, and one person of peace.

Toward the end of 2015, one of our regional directors was visiting a village during a time of great need. Droughts in the northwestern part of the country had deprived many villages of food, and the effects were staggering.

One particular visit to a family’s hut, with an elderly woman lying on the ground due to lack of food, left the regional director traumatized. Overcome with grief and discouragement, he cried out to God, expressing his complete powerlessness in the situation. How could he help? What could he do? God reminded him of one thing he could do—speak.

Even though he wanted to get away from the devastation he was witnessing, the director instead began to tell the story of these people. He used his voice and influence to explain the needs and make the problem known. From this, resources became available as compassionate disciple makers around the world were ready and willing to support.

With the arrival of food and supplies to this village, singing and celebration broke out within the camp. The regional director was one of the first to be able to hand out this life-saving gift of corn, beans, and oil to the people.

One of the first to approach the truck was a woman who, having nothing, still managed to boil some maize seeds and bring it as a gift of gratitude to those from the delivery crew. This act of hospitality was a quick sign of a potential person of peace in the village. The regional director asked if the team could stay at her house, and she welcomed them in.

During their stay, the woman asked why these people had brought them food. What caused them to give? The regional director and his team were able to explain the love they had for Jesus and how it caused them to want to compassionately give to others as they had received. In turn, this person of peace desired to know the same God if it led to that kind of compassion. So, a Discovery Bible Study was formed in her home. And as it has grown, word has spread widely among the people group.

From an act of compassion—feeding those who were hungry—the Church has multiplied in this region. Discovery Bible Studies are crossing multiple tribes and clans as networks are overlapping and spreading the good news.

This is the story of how God redeems, how He can use even an unlikely candidate to spread His good news. He takes what we only can see as devastation and uses it for His good. And if we are willing to listen, to follow, and to obey, we will find ourselves in the front seat, witnessing Him at work through us.

All glory to Him!